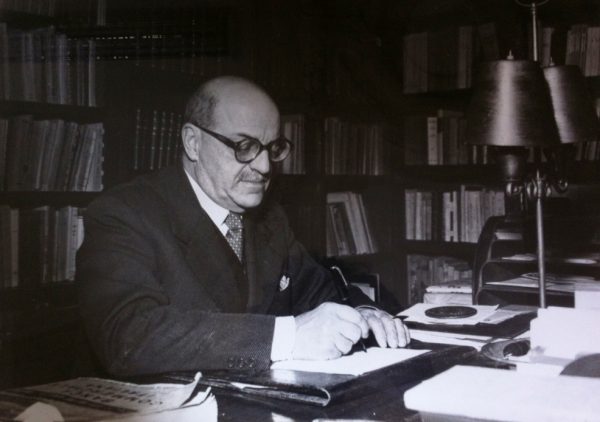 ABOUT US
The Accademia was founded in 1936 by Silvio d’Amico. It is the only higher education public institution in Italy dedicated to training actors and directors. It is financed by the Ministry for University Studies and Research and by the Ministry of Cultural Heritage and Activities and Tourism.
In founding the Accademia, not only did Silvio d’Amico create an Academy of Performing Arts aimed at nurturing talent and excellence, but through it he also propounded a new “idea of theatre”, fostering a real revolution that overcame the traditional concept of drama as a discipline exclusively based on the “art of the Great Actor”. Indeed, he introduced a modern interpretation of drama by investing in the birth and development of the role of the director.
The teaching project pursued by the Accademia has always been and remains inspired by experimental research that lets its students face the different methodologies of great Masters. Today the Accademia is chaired by Salvatore Nastasi and directed by Daniela Bortignoni. Since its foundation, the Accademia offers two courses: Acting and the Directing.
The Accademia is proud to have formed the most important personalities of Italian theatre and cinema. The following are just a few examples of prominent actors who attended the Accademia: Anna Magnani, Vittorio Gassman, Giancarlo Giannini, Nino Manfredi, Monica Vitti, Gian Maria Volontè, Michele Placido, Sergio Castellitto, Margareth Mazzantini, Anna Marchesini, Sergio Rubini, Luca Zingaretti, Margherita Buy, Pierfrancesco Favino, Michele Riondino, Lino Guanciale, Francesco Montanari, Luca Marinelli. As directors we may recall: Luigi Squarzina, Giorgio De Lullo, Andrea Camilleri, Luca Ronconi, Carmelo Bene, Gabriele Lavia, Giorgio Barberio Corsetti and recently Emma Dante, Arturo Cirillo e Massimiliano Civica.
The Accademia has three offices:
The HQ is in via Vincenzo Bellini, 16 Roma ;
Casa Macchia Study Centre is in via Guido d’Arezzo, 23 Roma
Teatro Studio Eleonora Duse, location for shows and performances, in via Vittoria, 6 Roma
The courses catalogue 2017/2018 includes:
• Academic Diploma 1st level in Acting
• Academic Diploma 1st level in Direction
• Master’s Degree 1st level in Critical Journalism
• Master’s Degree1st level in Drama and Screenplay